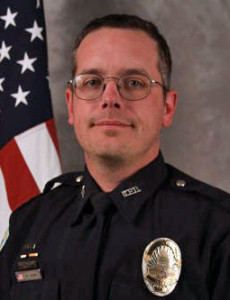 Blood tests performed on samples taken from a Madison police officer hours after he fatally shot a biracial man show the officer was sober.

The Wisconsin Professional Police Association released the results Thursday, a day ahead of when the state Department of Justice is expected to deliver its report on the shooting to the Dane County district attorney. The union says tests on blood drawn from Officer Matt Kenny two hours after he shot and killed 19-year-old Tony Robinson on March 6 showed no signs of alcohol or other drugs.

Kenny shot Robinson almost three weeks ago, after the officer responded to reports that he was darting in and out of traffic in Madison and had assaulted someone. Police have said Robinson punched the officer in the head before Kenny used deadly force, but the incident has sparked calls for Kenny’s firing and prosecution from Madison’s black community. The week after the shooting saw large demonstrations marching through the city, which remained peaceful.

It remains unknown how long it will take the DA to make a decision on whether charges should be filed, after the state completes its report.