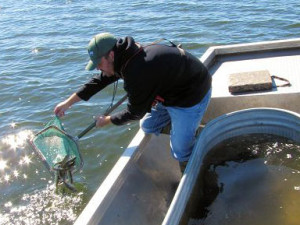 The state Department of Natural Resources wants to put permanent bag limits in place for walleye on some northern Wisconsin lakes.

Those limits are set each year based on the estimated impact of Native American spearfishing in the ceded territory. However, Joe Hennessy with the DNR’s fisheries department says many anglers are not fond of the changing restrictions each year and want more certainty ahead of time.

The DNR is proposing permanent limits for lakes and rivers in the region that would restrict anglers to three fish a day, along with setting some size restrictions.

Hennessy says the state’s Natural Resources Board will take up the issue at its meeting next month. If approved, the limits would take effect when the fishing season opens in May.