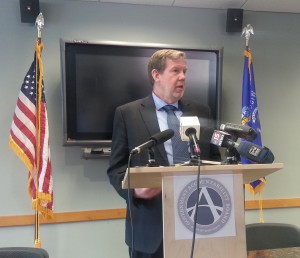 The head of the state Government Accountability Board says only about 20 percent of voters statewide are expected to show up at the polls for the April 7th elections.

The only statewide race on the ballot is between state Supreme Court Justice Anne Walsh Bradley and challenger, Rock County Judge James Daley. With the race not receiving much attention so far, GAB director Kevin Kennedy expects turnout will be similar to a typical Supreme Court race, with about 883,000 members of the state’s voting age population showing up at the polls.

Also on the ballot is a proposed state constitutional amendment changing how the chief justice of the high court is selected. Currently, the most senior member of the bench serves in the position. The amendment would have the court vote on its leadership going forward. While he says it may be a statewide factor, Kennedy does not think it will drive turnout above 20 percent.