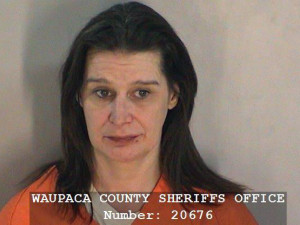 A “significant flight risk.” That’s how a Waupaca County prosecutor describes a woman being charged in the stabbing death of a Fremont man. Bond has been set at one million dollars for 43-year-old Alison Christy Roe, who’s charged with first degree intentional homicide in the death of Craig Dake last Friday morning. Investigators said the 43-year-old Dake died from a single stab wound.

Roe made her initial appearance in Waupaca County Court on Tuesday, and assistant District Attorney Veronica Isherwood cited Roe’s past history in asking for the million dollar bond to be continued. “We stopped counting at 28 bench warrants that have been on past cases,” Isherwood told Judge Vicki Clussman. “She has had numerous probation revocations. She’s facing the most serious type of charge that can be charged in the state of Wisconsin. We do believe she is a significant flight risk.” Roe will be back in court for a preliminary hearing March 17th.