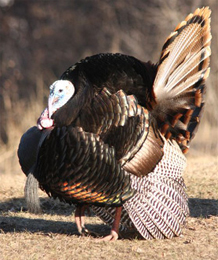 State Agriculture officials have confirmed another outbreak of avian influenza in Wisconsin.

The state Department of Agriculture, Trade and Consumer Protection says the H5 avian influenza has been detected in an 87,000 bird turkey flock in Chippewa County. It marks the fourth time the strain of the virus, which is lethal to domestic poultry, has been found in Wisconsin.

The property has been placed under quarantine and the birds will be destroyed. State ag officials say the strain of the virus is of low risk to public health. Birds from infected operations will not enter the food supply.

Since it was first discovered in a commercial chicken flock in Jefferson County on April 13th, 310,000 birds have been impacted by the virus. More than a million turkeys and chickens nationwide have been destroyed because of the virus since January.