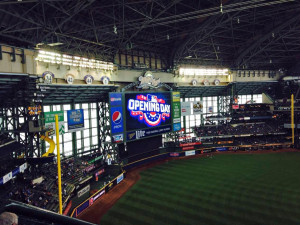 A pair of legislators from Racine County want to provide their constituents with some assurances, on an end date for the Miller Park stadium tax. The 0.01% sales tax used to finance and construct the Milwaukee Brewers stadium has been collected in Milwaukee, Waukesha, Washington, Ozaukee and Racine counties since 1996.

“This is something that, for Racine County at least, travels across party lines,” Mason said. “Nobody has been supportive of this tax since its inception.” A Miller Park stadium district consultant said earlier this year that the tax could be retired as soon as 2018 – or as late as 2020.

“People shouldn’t confuse wanting a 20 year-old tax to sunset with a lack of support for the Brewers or what the Brewers do for the region or for the state,” said Mason. “This is about a stadium that was built in the 90s, that taxpayers continue to pay for.”