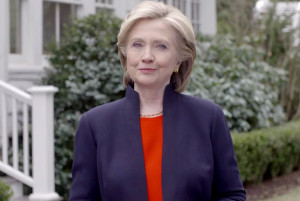 As Hillary Clinton launches her presidential bid, she does so with a big advantage over other Democrats who are considering a run. Marquette University Law School political scientist Charles Franklin says the former U.S. Senator and Secretary of State already enjoys support from many members of her party, who see her as a strong contender against “just about every possible Republican candidate.”

Clinton officially announced her run on Sunday in a video released online, marking the second time she will run for president. She was also a candidate in 2008, before eventually losing the Democratic nomination to President Barack Obama.

Franklin says Clinton comes into the race already being well known by many Americans, which can be a big advantage and a challenge. While she has broad support among Democrats, he says “there is an element within the party that would like to see someone else, or see an alternative.”

Franklin adds that Clinton will have to “prove she is connecting with voters,” which she is likely hoping to accomplish with a road trip from her home in New York to Iowa, where she will hold her first campaign event later this week.