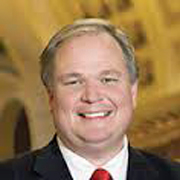 A state lawmaker worries Republicans may be looking to double or even triple the cost of enrolling in Wisconsin’s SeniorCare program.

No official plan has been unveiled, but Assembly Speaker Robin Vos (R-Rochester) said this week that a five to seven dollar a month cost to join the prescription drug program would be reasonable. State Representative Andy Jorgensen (D-Milton) warns that could at least double the current $30 annual enrollment fee for SeniorCare and points out that it would be difficult for many seniors living on fixed incomes to afford even a small increase. He said “many of these folks are just getting by as it is…on their small Social Security checks, they can’t afford a hit like this and they shouldn’t have to.”

Jorgensen has repeatedly argued that the popular program should be left alone, and delivered petitions to the Capitol earlier this month calling on Republicans not to make any changes.

GOP leaders have indicated they are planning to remove changes to the program Governor Scott Walker included in his budget plan. Some have argued that the enrollment fees deserve another look though, because they have remained at the same level for over a decade.