You are here: Home / Legislature / Lawmaker calls for pulling policy from Wisconsin budget 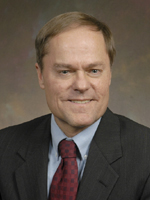 A memo from the state’s Legislative Fiscal Bureau identified 49 policy items included in the two year state budget plan. State Sen. Rob Cowles (R-Green Bay), who has long been a critic of including policy items in the budget, said all of those issues should be taken out and introduced as individual bills.

Some of the policy items include making the Natural Resources Board advisory only and creating a charter school oversight board. If they remain, Cowles said he can not vote for the budget in its current form.

Cowles said he would also like to see the Bucks stadium funding plan, and the UW autonomy proposal considered separately, even though they have a fiscal impact.