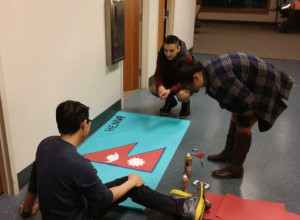 Four students at Lawrence University are putting together fundraising ideas to help people in their home country of Nepal following a massive earthquake over the weekend that killed thousands of people.

Bimal Rajbhandari says they’re planning events on campus to help the community get involved in relief efforts. They have also created a Facebook page, to let people know what’s going on, and to ask for ideas.

Rajbhandari has family in Katmandu, which is near the epicenter of the quake, who survived. However, he says their house was badly damaged and they have been sleeping outside as aftershocks continue to come. He says they currently have no electricity or fresh water supplies.

Rajbhandari says it took about seven hours to get in touch with someone last Saturday. He had to cut a call with his mother short as well because of an aftershock.