You are here: Home / Sports / Looney headed for the NBA 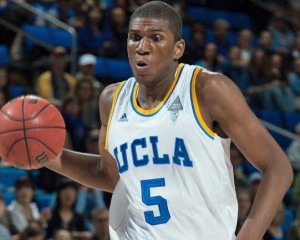 After one season at UCLA, Kevon Looney is headed for the NBA.  The University made the announcement on Monday.

The former Milwaukee Hamilton High School star averaged 11.6 points and a team-high 9.2 rebounds as a freshman at UCLA this past season.  His 15 double-doubles were tops among freshmen nationally.  He earned second-team all-Pac-12 honors.

“This was a really tough decision for me because there were so many positives both ways,” Looney said.  “My time at UCLA has been unbelievable, and I know I’ll be a Bruin forever.  But playing in the NBA is a dream I’ve had for so long, and this feels like the right time to pursue that dream.”