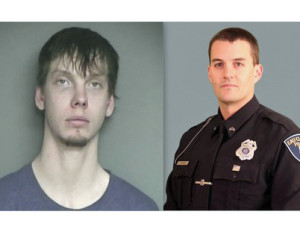 Investigators say an Eau Claire man was not armed when he was shot and wounded by a police officer last Wednesday, but that Tyler Holte had been suicidal and told someone he would act like a had a gun so police would have to shoot him.

The Eau Claire Police Department says the incident is still under investigation and officer Hunter Braatz, who fired the shots, remains on administrative assignment until the investigation is complete.

Police say that the day before the shooting, a relative of Holte had asked that officers check on him. The family member said Holte was under the influence of a controlled substance and was threatening to end his life. Police learned there was a felony arrest warrant for Holte. The family member said Holte would not go back to jail and had threatened that police would have to shoot him. Police did not find Holte that day. On Wednesday, the same family member reported that Holte was on the 1300 block of Western Avenue. She requested police take him into custody on the arrest warrant. Holte again said he would not go back to jail and, unknown to officers, said he would pretend he had a gun so police would have to shoot him.

When officers responded, there was a physical altercation between two women associated with Holte. He stole a car from one of the women and drove off. Officers found the car near the VFW on Starr Avenue and found Holte hiding in the woods. During the confrontation, officer Braatz shot and wounded Holte. Officers then gave medical aid to Holte. Investigators say Holte did not have a gun or other weapon during the confrontation.

Eau Claire Police Chief Jerry Staniszewski says Braatz is a conscientious and dedicated officer who has served the department with pride for over 10 years. Staniszewski said more information will be released when the Wisconsin Department of Justice – Division of Criminal Investigation completes its investigation.