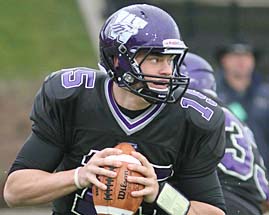 He spent last season on the Carolina Panthers’ injured reserve list after suffering a concussion during a preseason game against New England.  He also spent time on the Panthers practice squad in 2013 after breaking into the NFL with the Chicago Bears as an undrafted free agent.  He spent part of that rookie season on Chicago’s practice squad.

The Packers would like to have a developmental quarterback either on their roster or more likely the practice squad.  They decided not to re-sign last year’s No. 2 quarterback, Matt Flynn.

At UW-Whitewater, Blanchard went 25-0 as a starter and led the Warhawks to back-to-back NCAA Division III national titles.