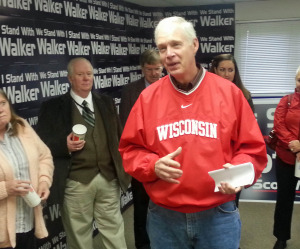 Ten Republicans, including Ron Johnson of Wisconsin, joined the U.S. Senate’s 44 Democrats and two independents, as the chamber voted to confirm the nomination of Loretta Lynch to become the attorney general of the United States. Thursday’s vote came five months after President Obama submitted the veteran New York prosecutor’s nomination to Congress.

“Ms. Lynch has extensive experience both as a private practitioner and as a U.S. attorney for the Eastern District of New York,” said Johnson. “According to all reports and evidence, she has performed her duties in those positions capably and in a professional manner. Although I share the concerns many of my colleagues have expressed over portions of her testimony during confirmation hearings, elections matter and the president has the right to select members of his cabinet. As a result, I voted to confirm Ms. Lynch as attorney general.”

Obama nominated the 55-year-old Lynch to replace Eric H. Holder Jr. in November, when the Senate was under Democratic control. The Senate did not act on the nomination at that time, electing instead to to focus on judicial appointments that Democratic leaders feared would stall in a Republican-controlled Senate.

“I am very disappointed that Senate Republicans played politics with Loretta Lynch’s nomination and our nation’s safety and security,” said  Wisconsin Democrat, Senator Tammy Baldwin. “Loretta Lynch waited for a vote longer than the last seven Attorneys General combined, but after 166 days of having this vote held up by politics she has finally made history and will become our nation’s next Attorney General.”