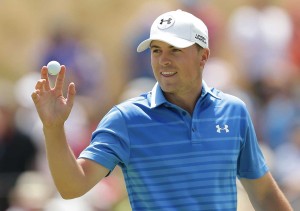 Madison’s Steve Stricker didn’t resume practice rounds of golf until three weeks before the start of the 79th Masters.  His goal was to simply make the cut and play on the weekend, which he did.

After three straight 1-over-par rounds of 73, Stricker closed with a 4-under-par 68 yesterday to finish in a tie for 28th.

Stricker also finished the tournament tied with Dustin Johnson for fewest putts: 106 over 72 holes for a 1.47 average.

Stricker told Milwaukee Journal Sentinel golf writer Gary D’Amato his goal is to play his way back to the Masters next year.  To do so, He would have to win a PGA Tour event, finish among the top four at one of the remaining championships or climb back into the top 50 in the world ranking.