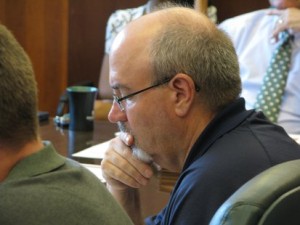 Wagner brought the envelope and the contents to the police department, where it was examined. The Wausau Fire Department and a U.S. Postal Service Inspector determined with a high degree of certainty that the white, granular substance inside the envelope was corn starch.