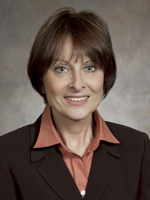 Proposed legislation would require universal background checks for gun purchases. It’s from Representative Terese Berceau (D-Madison), who’s introduced it for the past two years. “Law abiding citizens follow the rules and buy through licensed dealers,” Berceau said. “They know they can pass background checks. Criminals and those with criminal intent cannot, and right now we allow them to evade any rules.”

The Capitol press conference to introduce the measure came just two days after Senate passage of a bill to repeal the state’s 48 hour waiting period for handgun purchases, and amid a spike in fatal shootings in Milwaukee neighborhoods.

“For us not to bring up this bill would say that we don’t care about the gun deaths,” said state Representative Mandela Barnes (D-Milwaukee). “It is a moral imperative for us to introduce this bill as often as it takes.”

Berceau said background checks could deter street sales of guns which are often used in crimes. The bill is unlikely to receive a public hearing in the Republican dominated Wisconsin legislature. “I think that they’re wrong when it comes to this,” said Berceau. “Surveys that we’ve got from throughout the state show that people support closing this loophole. But that’s not what they’re looking at. What they’re looking at is what is the NRA going to do to them at the next election?”