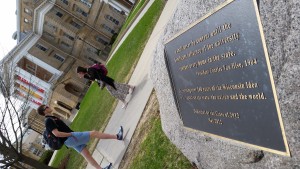 Governor Scott Walker is asking the legislature’s budget writing committee to remove from his budget any indication that his office had rewritten the University of Wisconsin’s mission statement.

Back in February the governor was criticized for changing the century-old public service concept to something that focused on meeting the state’s workforce needs. Walker was quick to call it a “drafting error.”

On Monday the governor’s office sent a letter to the Joint Finance Committee to formally ask members to restore any proposed deletions to the Wisconsin Idea.

Ray Cross, president of the UW System, said in a statement he welcomes the governor’s correction.

JFC meets to start voting on the budget Wednesday.