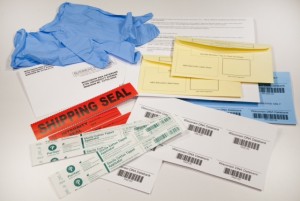 Law enforcement agencies statewide will begin collecting DNA samples from individuals who are arrested for violent felonies, as well as all persons convicted of a crime, whether misdemeanor or felony.

Up until now, state law has required only convicted felons and sex offenders to provide DNA. Wisconsin is the 29th state to collect DNA at arrest.

“There is a huge investigative benefit to taking DNA at arrest by solving crimes and preventing future victimizations,” Attorney General Brad Schimel said. “Serious crimes will be solved by matching suspects in our database to offenders, as well as eliminating innocent persons from law enforcement investigations. This will bring about quicker resolutions for the victims who have suffered serious effects at the hands of violent offenders.”

The newly-implemented law is expected to exponentially increase the number of samples being analyzed in at the State Crime Lab in Madison. The current number of DNA profiles created, from the felons’ samples, ranges from 10,000-12,000 per year.