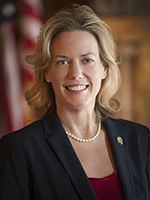 Harming a child as a result of co-sleeping while under the influence of drugs or alcohol could result in criminal charges, under a bill being considered in the Wisconsin Legislature.

The proposal from state Representative Samantha Kerkman (R-Salem) would allow felony charges to be filed if a child is harmed or killed as a result of sharing a bed with someone who is intoxicated. The Salem Republican says it’s been a major problem in southeastern Wisconsin and statewide, with about 20 percent of the co-sleeping death in Milwaukee County last year connected to drug or alcohol use.

The legislation is prompting concerns from several health care groups, with some arguing that it will do very little to actually prevent the circumstances that cause unsafe sleeping condition for infants. The Wisconsin Alliance for Women’s Health argues the focus should be on community-based efforts to educate new parents about the full range of unsafe sleep risk factors, such as soft sleep surfaces, pillows, blankets, placing the infant to sleep on its back and co-sleeping.

Wisconsin Medical Society spokesman Mark Grapentine told a legislative hearing Wednesday that his group is concerned about language in the bill that requires doctors to share information with new and expectant mothers about co-sleeping. He worries that the additional mandate adds to an already long list of information doctors share with new parents, and it could result in a situation where something gets lost in the process. Grapentine said “the last thing we want to do, is have so much information required to be given, that it’s treated like you’re agreeing to the terms and conditions on Netflix, where you just click ‘yep, seen it, agree.'”

Kerkman, a mother of two, has pushed for the bill in previous sessions with little success. Despite continued opposition, she told lawmakers it’s worth the effort because “every time I bring this bill up, it brings education to people…and people will hopefully make different choices.”