You are here: Home / Health / Medicine / No budget changes to Wisconsin’s SeniorCare program 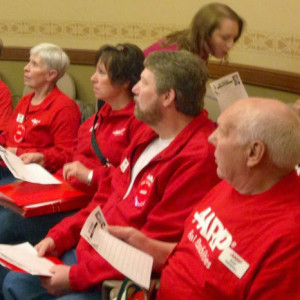 “There will be no changes to the program, and that’s basically to the credit of the folks in Wisconsin, and the people who represent them down here in Madison,” Nygren said.

Walker’s plan called for requiring SeniorCare enrollees to first get their drugs through Medicare Part D, with the state program filling the coverage gap. It would have increased premiums for more than 87,000 enrollees in the program. Nygren had indicated as early as March that Walker’s changes were unlikely to remain in the budget.

“This is something they (seniors) have grown to expect.” Nygren said. “They understand it, it’s a very simple program. You pay your enrollment fee, you have five dollar co-pay and fifteen dollar co-pay. Very easy, very clean to understand.”

Representative Andy Jorgenson (D-Milton), who took the lead in opposing the governor’s proposed changes to SeniorCare, called the decision a victory for seniors. “It’s sad that it takes over 14,000 people to sign petitions, to lose a lot of sleep, to work really hard to make something that’s so common sense happen,” Jorgenson said.