Two members of Wisconsin’s House delegation, 8th District Republican Reid Ribble and 3rd District Democrat Ron Kind, were among a handful of representatives who voted no this week on a two month extension of federal highway funding.

“This kind of kick the can down the road does nothing to reduce costs,” Ribble told WRN. “In fact I believe it increases costs to the taxpayer and increases uncertainty to the states. It does everything that the Congress should not be doing as it relates to transportation.” 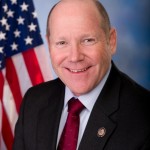 “Enough is enough. Congress has extended this funding 23 times in the last 12 years, and we can’t keep having the same debate over and over again. Continued short-term stopgap measures are not the way to run a country as great as the United States,” Kind said in a statement released by his office. “A two month short-term extension will not give local and state officials the certainty they need. Wisconsinites deserve a long-term plan that will create jobs by investing in our nation’s roads, bridges and workforce.”

Ribble said that local and state transportation officials recognize that the stop-gap funding measures like that passed on Tuesday raises costs. “You can’t do any long-term strategic planning,” he said.

Ribble, who has authored a bipartisan “Bridge to Sustainable Infrastructure Act,” said federal lawmakers are afraid to take the necessary step of increasing fuel taxes – but failing to do so merely pushes costs off on those who aren’t even yet old enough to drive. 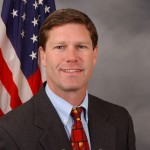 The two-month extension leaves state and local transportation officials in the lurch as they plan for the balance of the summer construction season and ponder whether to embark on long-term projects that require the certainty of federal funding, the Washington Post reported.