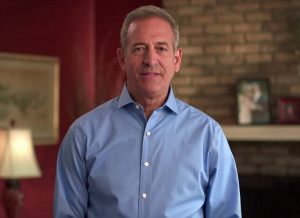 There could be a rematch in Wisconsin’s next U.S. Senate race.

Democrat Russ Feingold announced in a video released Thursday morning that he will be a candidate in 2016. The Middleton Democrat said he wants to “bring back to the U.S. Senate strong independence, bipartisanship and honesty.”

Feingold, who served in the Senate from 1993 to 2011, was unseated by Republican Senator Ron Johnson in the 2010 elections. Since leaving the Senate, he launched a grassroots political action committee called “Progressives United” and most recently served as special envoy to the Great Lakes region of Africa.

In a statement released Thursday morning by his campaign, Johnson said “I welcome Russ Feingold into the Senate race. While I was building a small manufacturing business and creating real jobs in Oshkosh, Russ was building Washington into the gigantic, debt-ridden, tax-eating, unresponsive, and freedom-squashing government we have today. Russ Feingold wants more Washington, a more expensive Washington, and a more powerful Washington. I want to empower people. This campaign will give the people of Wisconsin a real choice.”