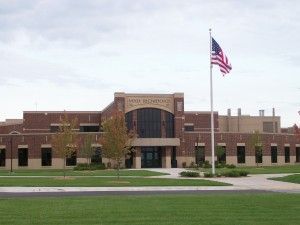 Wisconsin’s K-12 public schools would see about $200 million more in state funding and the private school voucher program would be broadly expanded, under a sweeping package of changes approved by the legislature’s Joint Finance Committee.

The 29-page proposal, released just hours before the committee voted on the changes late Tuesday night, would increase funding for public schools by about $70 million in the 2016-17 school year, while keeping about $127 million in funding for schools in place that Governor Scott Walker had proposed cutting. It would amount to a $250 per pupil funding increase over the course of the biennium.

The measure would also lift the statewide enrollment cap on the private school voucher program, currently set at 1,000 students, while also creating a voucher program for special needs students. It sets up a funding system for vouchers similar to what’s used for the open enrollment program, where taxpayer funding would follow students. A Legislative Fiscal Bureau memo released last week found the change would cost public school districts about $48 million during the next biennium.

Democrats on the budget panel heaped criticism on the package. State Representative Chris Taylor (D-Madison) said it give crumbs to public schools, while making it like “Christmas morning” for private schools.

State Senator Jon Erpenbach (D-Middleton) said the plan would not amount to “Armageddon” for public schools, but “we’re on that road.”

Republicans defended their package. JFC co-chair John Nygren (R-Marinette) said the GOP is focused on making reforms, and noted that Republicans have worked to put a half billion dollars back in to public education over the past four years.

Other highlights of the plan:

The full legislature and governor still have to approve the education package, which will be part of the overall budget package lawmakers are expected to vote on next month.