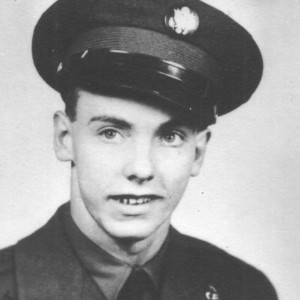 A La Crosse soldier who went missing during the Korean War almost 65 years ago gets a full military burial Thursday at Arlington National Cemetery.

Francis Knobel was a 20-year-old corporal in the Army’s 31st Infantry Regiment. He was reported missing in December of 1950 at the end of a 17-day battle in North Korea. He was among 154 U.S. troops said to be killed in combat that day.

Knobel will receive several honors posthumously — including the National Defense and Korean service medals, and the Purple Heart.

Nearly 8,000 Americans remain unaccounted for from the Korean War. Remains of 310 have been recovered and identified. Of 174 missing service members from Wisconsin, Knobel is one of only three to be identified. There are 144 troops from Minnesota still unidentified. (From La Crosse Tribune)