You are here: Home / Badgers / Wisconsin’s Havenstein goes to the Rams 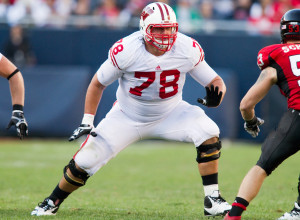