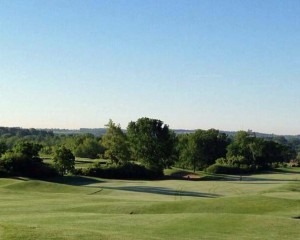 Arrowhead finished the 36-hold tournament with a four-player score of 623.  Notre Dame finished just one shot back at 624.

Lodi won the Division 2 team title, finishing 27 shots in front of Edgewood.  Adam Miller of Lodi is the Division 2 State individual champion, a one stroke win over Matt Bachmann of Sheboygan Falls.

St. Mary’s Springs wins the Division 3 team championship with a four-player score of 667.  Martin Luther finishes second with a 683.  Taylor Ryman of Mineral Point is the Division 3 medalist with an 8-over-par 152, two strokes ahead of Nathan Farrey of Lancaster.