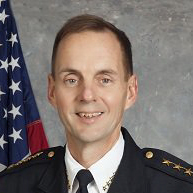 While officials with the city of Beloit remain tight-lipped about the reason for placing both Police Chief Norm Jacobs and Deputy Chief Tom Dunkin on administrative leave, an attorney for the chief thinks he knows why. New City Manager Lori Curtis Luther announced Tuesday that the two would be placed on paid leave as a result of the findings of an independent assessment conducted by the firm Hillard Heintze.

“Because an internal investigation is now underway, we cannot disclose the details included in the preliminary findings from the Hillard Heintze review,” she said.

Jacobs’ attorney Robert Mihelich said the assessment in and of itself was just a tactic to force him out. “The purpose of this study was to force him to leave, so when he refused to retire they led this assault on his charecter,” Mihelich said. “We’re going to use every legal and other means to fight this.”

After an internal investigation is completed the final decision on what to do with Jacobs and Dunkin will fall on the police and fire commission. Until then Luther has hired former Administrator of the Division of Law Enforcement Services with the Wisconsin Department of Justice, David Zibolski as interim chief.