You are here: Home / Brewers / Brewers ready for 2015 Amateur Draft 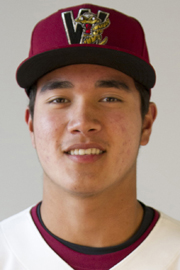 The Milwaukee Brewers have the 15th pick in the first round of the 2015 baseball amateur draft which gets underway this evening.

The Brewers have a total of three selections tonight.  After the 15th pick, they have No. 40 (Competitive Balance Round A) and No. 55 (second round).

Last year, the Brewers selected three high school players on day 1.  Pitcher Kodi Medeiros was taken in the first round, shortstop Jake Gatewood in the Competitive Balance Round A and outfielder Monte Harrison in round two.

Of the three, Medeiros is performing the best, pitching for the Class A Wisconsin Timber Rattlers.