You are here: Home / News / Drivers continue to text behind the wheel 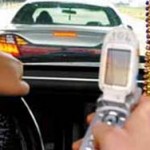 It’s been illegal to text and drive in Wisconsin for nearly five years, but people are still doing it. Tha’ts according to Nick Jarmusz of AAA Wisconsin. “As with anything, there’s a huge disconnect between what people define as dangerous and what they end up practicing,” he said. “There’s a lot of that sort of ‘do as I say, not as I do’ attitude when it comes to driving.”

The Dane County Sheriff’s Department has been awarded a $10,000 state grant to help enforce the ‘no texting behind the wheel’ law.

“Texting while driving has actually ranked higher as far as a percieved safety risk than even drinking and driving,” Jarmusz said, “but we see a lot of it still going on.”