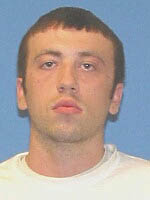 A man who police say kidnapped a woman and led officers on a chase Monday has been found dead.

Eau Claire County Sheriff Ron Cramer said the body of Mitchell Owens was found in the woods near Olson Drive in the town of Seymour Tuesday afternoon. Officers had heard a single gunshot in the area Monday, but had been unsure if he was shooting at a helicopter hovering overhead. Owens was found with a rifle after apparently shooting himself.

“We would have liked to have gotten him into custody without him harming himself, but he decided to take his own life,” Cramer said.

Police in Mukwonago say he abducted a woman from a Walmart in the area on Monday morning. She escaped when Owens stopped for gas in Eau Claire. Cramer did not know the circumstances that led to the abduction or why Owens ended up in Eau Claire.