You are here: Home / News / Kloppenburg will run for Wisconsin Supreme Court 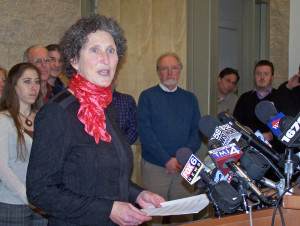 “We must continue to ensure that our courts are fair, neutral and impartial,” Kloppenburg said in a statement. “As a Judge on the Court of Appeals, I serve all the people of Wisconsin and I have a proven record of being thoughtful, fair and independent. I care deeply about our State’s future and the future of our Courts. That is why I am running.”

The seat on the Supreme Court currently held by Justice N. Patrick Crooks will be up for election in April 2016. A Supreme Court spokesman said Crooks had no comment.

Kloppenburg was elected to the Court of Appeals in 2012, following the loss to Prosser. Prior to her election she was a litigator and prosecutor at Wisconsin’s Department of Justice, serving under Attorneys General from both parties.