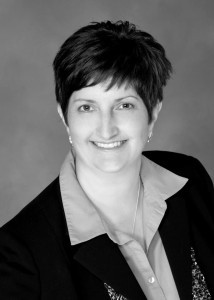 A $500,000 loan provided to a donor of Wisconsin Governor Scott Walker is now in default. The loan was approved by WEDC during Hicks-Sorensen’s tenure there.

Ricketts, speaking to reporters from Europe during a trade mission, said Hicks-Sorensen did nothing wrong.

“I’m confident that Brenda behaved exactly in the right way,” Ricketts said. “What needs to happen is a lot of the facts and circumstances actually need to come out with regard to what the process was, who was responsible, and who was making the loan there in Wisconsin.”

Hicks-Sorensen said more will be revealed about the loan next month.

“I’m completely comfortable with what my role had been and my actions,” Hicks-Sorensen told reporters.

Hicks-Sorensen said WEDC has begun its own investigation of the loan. She says it is scheduled to make a presentation to its board of directors July 20th, when the board is expected to make further public comments on the issue.