You are here: Home / News / Obama to address economy on visit to La Crosse 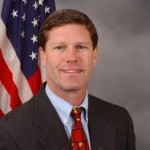 President Barack Obama is scheduled to make a visit to La Crosse on Thursday. According to The White House, the president will give remarks about the economy at UW-La Crosse.

La Crosse congressman, Democrat Ron Kind, expects the president will acknowledge that “more work needs to be done” to grow and expand the economy, strengthen and grow the middle class., and increase wages. “He’s going to be touching on a lot of those themes, and what it’s going to take to get there with divided government, which means working together, finding common ground, and having a little more cooperation on what needs to be done,” Kind said, adding that he also expects the president, who has been increasingly candid in recent weeks, will address the issue of inclusiveness.

“Whether it’s race relations, whether it’s same-sex couples, whether it’s low-income families struggling to break into the middle class, we’re all in this together, and I think you’re going to hear a little bit of that during his speech this week.”

Obama’s most recent stop in Wisconsin was last October, when he campaigned for Mary Burke, the Democratic candidate for governor.