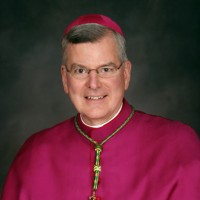 More shake-ups as the Catholic church deals with its child sex abuse scandals. Twin Cities archbishop John Nienstedt and a deputy bishop resigned Monday, after prosecutors in St. Paul charged the archdiocese with having failed to protect victims of abuse by pedophile priests.

“Nienstedt accepted no responsibility for anything in his resignation, which is upsetting a lot of people,” said Peter Isely, the Milwaukee-based Midwest Director of the SNAP survivors group. “I think what we’re seeing here, finally after many years, is that perhaps the Vatican is understanding that the issues of child sexual abuse and cover ups is separate from all the other issues concerning the church.”

The resignations of Nienstedt and Auxiliary Bishop Lee Anthony Piché come just after the Vatican announced a tribunal will hear cases against bishops accused of neglecting or covering up abuse. “That’s new. That’s the first time any kind of mechanism like this has ever been created,” noted Isely. “The problem as always is that it’s completely in-house. Which does not mean it can’t be effective.”

Pope Francis, who accepted the resignations, is scheduled to make his first visit to the U.S. in September.