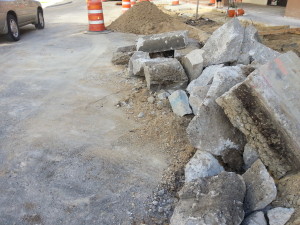 The governor’s proposed $1.3 billion in bonding to fund transportation projects remains a final sticking point in state budget negotiations, and a top Republican in the state Assembly wants to seem more than half of the borrowing removed.

Assembly Speaker Robin Vos (R-Rochester) said Tuesday that bonding to fund road projects should not exceed state revenues. “It’s my understanding that there’s about a $400 million annual deficit that’s being run in the transportation fund, so we would like to at least say we shouldn’t be spending more money than we’re taking in.”

Vos’ position would result in cutting $800 million in borrowing over the biennium, something he argued should be at least the “smallest cut” they consider making.

Budget talks have stalled as lawmakers work out a compromise on funding. Vos said he hopes to continue talks with Senate Republicans and remains committed to a goal of getting a budget passed out of the Legislature by the end of June. “I think, in the end, we’ll come to a consensus…we will find that agreement,” Vos said. “But the process has ebbs and flows, and we’re in one of those right now.”