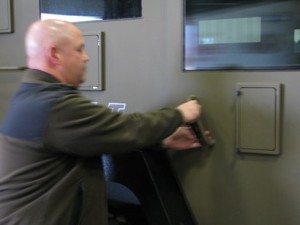 A dangerous harassment tactic known as “swatting” has arrived in Wisconsin.  The Marathon County Sheriff’s Department is starting to see false 911 calls intending to bring out a heavy police response.

Chief deputy Chad Billeb said Swatting can lead to deadly situations. “Law enforcement shows up and the folks inside have no idea anything’s going on. And as someone crashes through their door, there’s always that potential that they believe it’s an intruder of some sort and they act to defend themselves knowing full well they’ve done nothing wrong.” That can easily lead to the injury or death of either the victims or the officers involved.

Billeb said the people carrying out these calls may have a number of motives, including harassment or bullying. “In some cases it can just be someone who just flat out thinks it’s funny that they’re doing this to a friend or someone who a prank would be funny with.” Billeb said they recently had a case where a group of students on a bus made a swatting call. A quick investigation lead to the suspects involved in the phone calls.

If you’re experiencing this sort of harassment, or if someone is making threats of this nature to you, you should contact police immediately.”If it’s through social media, through text messaging, emails, letters, whatever it might be, voice recordings… Save those, and provide those to the law enforcement officer that responds.” Billeb said many people who are swatted never see it coming, and having those notes on hand can lead to better outcomes in investigation.