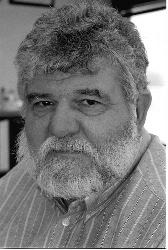 A high-profile Wisconsin union leader is stepping down. Marty Beil has served as executive director of the Wisconsin State Employees Union, AFSCME Council 24, since 1985. Beil said he leaves as the union is rebuilding in the wake of Governor Scott Walker’s Act 10, which all but eliminated public sector union rights.

“I’d be fooling you if I told you it wasn’t a difficult thing since 2011 under Act 10, but we’ve grown, we’ve gotten stronger,” Beil said. Two out of three public employee union members dropped out, and the state’s three AFSCME local councils consolidated. But Beil said young members are stepping up.

“I feel comfortable in that, but at the same time we can’t let our guard down, because Walker and his cronies in the legislature will continue coming after us, so it’s a constant fight,” Beil said. Beil, who’s 68 and has been a union member since 1969, will retire at the end of the month, and plans on spending more time with his new grandchild.

“I’ve spent 30 years in the chair as the director of this union, and it’s time to turn over the reins to folks who are young and aggressive like I was 30 years ago,” he said.