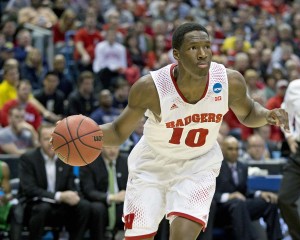 The USA training camp will be held at the U.S. Olympic Training Center to determine the 12 players who will represent the United States at the 2015 Pan American Games in Toronto, Canada, this summer.

Hayes is among the USA Basketball training camp roster that includes a mix of 16 current collegians and six players who have most recently played professionally.  Last season as a sophomore Hayes started all 40 games during UW’s run to the Final Four and the national championship game.

The 2015 Third Team All-Big Ten honoree ranked second on UW with 6.2 rebounds per game and third in scoring at 12.4 points per game.