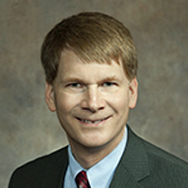 A bill introduced in the Wisconsin legislature would permit more health care workers in the state to refuse flu shots. Current state law does not require such employees to get the influenza vaccination, but some health care facilities require workers to do so. A state lawmaker wants them to be able to refuse for personal reasons.

“What we mean by personal exemption is you just simply don’t want it, you don’t need any specific reasons,” said Hariah Hutkowski, research assistant to state Representative Jeremy Thiesfeldt (R-Fond du Lac). “We think it’s a matter of personal freedom, for individuals to make their own personal health care decisions without having the high pressure of losing one’s job.”

“You base that against the risk . . . to those who are being protected from the flu, and I think it’s pretty simple,” said Steven Rush with the Wisconsin Hospital Association, which opposes the measure. “This is really allowing folks to just have a personal choice that they don’t want to have the flu vaccine. “You’re really trying to weigh that concern, versus the concern of protecting our patients.”

“In Wisconsin last year, 3,000 individuals were hospitalized due to influenza,” said Rush. “Four hundred of those were so sick they had to be in ICUs. Especially at risk are the populations that are most vulnerable: elderly, children and those who are immune-compromised” Rush said 93 percent of hospital workers got the flu shot in 2014.

Hutkowski noted that some health care providers do allow their employees to opt out of the shot. “I did a little research, and we found that UW Health in Madison and Meriter have offered an essentially personal exemption,” he said. “UW Health’s is called a personal conviction exemption, and Meriter’s is a non-medical reason.”

Nichole Marty with OakLeaf Pediatrics in Eau Claire said all employees receive the flu shot for patient safety, and that even if the bill from Thiesfeldt becomes law, OakLeaf employees who opt out of getting a flu shot will be required to wear masks during the work day in order to protect their young patients from getting the flu.

Thiesfeldt offered a similar measure in the previous session of the legislature.