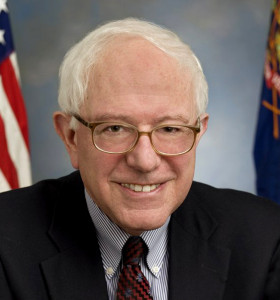 A Democratic candidate for president will rally with supporters in Madison later tonight.

U.S. Senator Bernie Sanders (D-Vermont) says the rally could end up being one of the largest of his campaign so far. In a call with reporters Tuesday, Sanders said “one never knows how RSVPs correlate with actual turnouts, but so far we have some 9,500…which is pretty good.”

Sanders, a Democrat from Vermont, believes he’s been building support due to people wanting to hear the truth about what’s happening in the American economy. “The middle class for the last 40 years has been disappearing, people are working longer hours for low wages, while at the same time, the people on top and the largest corporations are doing phenomenally well”

Sanders visit comes as Governor Scott Walker is expected to announce a run for the Republican presidential nomination later this month. The Senator said he’s “strongly opposed” to Walker’s agenda, and believes the country needs leadership that stands up for working families and is willing to fight big money special interests, something he “suspects” the two have different views on.