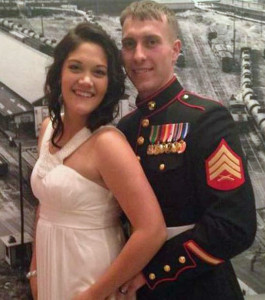 Residents of northwest Wisconsin will say goodbye Saturday to a Marine sergeant killed in last week’s attacks on military facilities in Chattanooga, Tennessee.

A visitation for 25-year-old Carson Holmquist is scheduled to take place at Grantsburg High School from 11am-1pm, where he played football before joining the Marines. A private family service is planned after the public visitation.
A Marine Corps honor guard will serve as pallbearers.

Governor Scott Walker plans to attend, after canceling his presidential campaign appearances for this weekend in North Carolina and New Hampshire.

Holmquist was one of five troops killed in last week’s gun attack by a gunman.