You are here: Home / News / Iowa will be crucial for Walker presidential bid 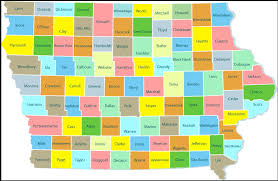 Fresh from his presidential announcement, Governor Scott Walker is headed off on an extended road trip. The Republican governor became the 15th announced GOP candidate for president in Waukesha on Monday, delivering a speech that was long on components that have become familiar to anyone who’s been following his undeclared candidacy the past several months.

Now he’ll be saddling up, riding a Harley-Davidson motorcycle this week at events in Las Vegas, New Hampshire and South Carolina. He’ll wrap of his first week as an officially declared candidate in Iowa on Friday, for the start of a three-day tour of the state where he must perform well if he hopes to advance beyond the crucial Iowa caucuses next year.

Iowa’s Republican governor, Terry Branstad, had good things to say about Walker on Monday, although he will not be endorsing a GOP candidate prior to caucuses, on February 1, 2016. “Scott Walker has been a true, proven leader and vote-getter,” Branstad said during his weekly news conference in Des Moines. “I wouldn’t underestimate Scott Walker, but he’s just one of many quality candidates that are running.”

Branstad hosted a fundraiser for Walker in Dubuque during the recall effort to recall him from office in 2012. “He’ll be coming to Iowa later this week, and he intends to visit all 99 counties,” Branstad said. “That’s the advice I give all the candidates.”