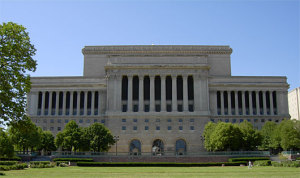 A former aide to Governor Scott Walker is filing a civil lawsuit against the Milwaukee County district attorney, accusing D.A. John Chisholm and several of his staff members of conducting a campaign of intimidation and harassment against Cindy Archer.

In September of 2011, law enforcement raided Archer’s home as part of a secret John Doe investigation into campaign work being done out of Walker’s office when he was Milwaukee County executive. Investigators seized personal emails, followed by what Archer’s attorney claims were “months of aggressive interrogations that were conducted in secret.”

Archer and Walker were never charged with any wrongdoing, although six people were convicted as a result of the probe. The complaint alleges Archer was targeted because of her role in drafting Act 10; Walker’s bill that restricted collective bargaining for many public employees. She is seeking unspecified damages for violations of her First, Fourth, an Fifth amendment rights.

Chisholm’s office did not respond to a request for comment.