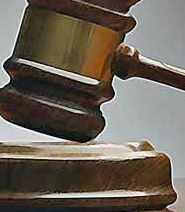 Language added to the state budget by the Legislature’s Joint Finance Committee would make it easier to remove some information from the state’s online court records system.

The Wisconsin Circuit Court Access site, commonly known as “CCAP,” allows residents to search for court records using the name of an individual. The popular site has often drawn criticism though for allowing information to remain detailing charges that were filed, but may not have resulted in a conviction.

Under a budget motion adopted Thursday night, the state director of courts would be required to remove information from the site for any criminal case where all charges were dismissed prior to the start of a trial, all dismissed charges carried a maximum prison sentence of six years or less, none of the dismissed charges were violent offenses, a court order has been issued to remove the information, and the charges were filed against someone who was under the age of 25. All of those criteria would have to be met for charges to be removed.