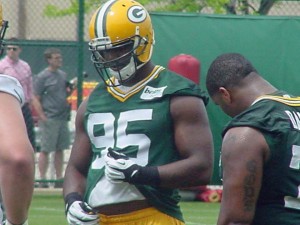 Green Bay Packers defensive lineman Datone Jones has been suspended without pay for the first game of the upcoming 2015 regular season for violating the NFL Policy and Program for Substances of Abuse.

According to a statement issued by the NFL, Jones will be eligible to return to the Packers’ active roster on Monday, September 14 following the team’s September 13 season opener against the Chicago Bears.

Jones is eligible to participate in all offseason and preseason practices and games.