You are here: Home / Crime / Courts / Remains found in Door County believed to be missing doctor 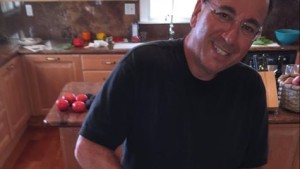 Human remains that were found on Wednesday in Door County are believed to be that of missing Fox Valley Doctor Jeffrey Whiteside.

In a release from the Door County Sheriff’s Department, Sheriff Steve Delarwelle said that preliminary indication suggests the remains are that of the 63-year-old Whiteside based on the clothing and personal property.

Whiteside was last seen June 29 when he and his wife, Kathi Whiteside, got into an argument at the Ephraim Yacht Harbor Marina. Authorities say Kathi Whiteside drove back to their residence in Grand Chute at that time.

Jeffrey Whiteside was not reported missing until July 1.

Authorities were notified about the discovery of a body on uninhabited land off of German Road in the Township of Liberty Grove. That’s where the Headwaters Search and Rescue K-9 group had been conducting a search and found the remains.

A search warrant was obtained for the property, and Door County sheriff’s investigators were assisted by the State Crime lab in processing the scene.

A positive identification, cause and manner of death will be determined by the Brown County Medical Examiner. It’s unclear when that information will be released.

This week Kathi Whiteside hired an attorney, and denied investigators a request to search the couple’s Grand Chute home.