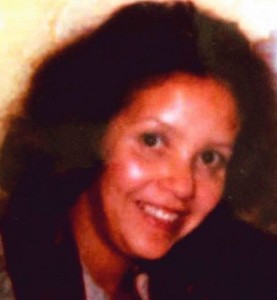 More than 25 years after her decapitated body was found in a pair of shallow graves in Jackson County, investigators finally have a name to go with the victim of a brutal homicide.

The Jackson County Sheriff’s Department announced Monday that is has identified the remains as belonging to 36-year-old Julia Baez of Milwaukee. Baez’s body was found in a pair of shallow graves in October of 1990, on land that is in the Town of Brockway. She had been decapitated and dismembered, with the remains put inside plastic bags and buried. Her skull has never been located.

Investigators were able to finally track down her identity using a DNA profile from her remains, which were exhumed in July of last year and sent to a university in Texas. The sample helped link the remains to Baez, using a national database of missing persons.

Jackson County District Attorney Gerald Fox believes the answers to how Baez died lie outside of the region. “Based on what we think we know about Baez’s life, we think that somebody between the (Twin) Cities and Chicago may know something about this homicide,” he said.

Sheriff Duane Waldera says they know who Baez last had contact with in Milwaukee, but there are challenges in tracking down that information 25 years later. “I would say we have leads, there’s stuff to work on,” Waldera said. “But a person of interest right now, probably not. Not a known one.”

For Black River Falls Fire Chief Steve Schrieber, finding the identity of Baez closes a long standing question of his career. Schrieber was working as the county’s deputy coroner in 1990 and has cared for the former Jane Doe’s gravesite for the last quarter century. “I was always hoping that we would be able to put a name to Jane Doe,” he said. “After taking care of her for 25 years, it’s a great day to know she’s actually going to go back to her family and be where she needs to be.”

Affiliate WXYM contributed to this report.