You are here: Home / News / Wisconsin’s first presidential candidate was also a Walker 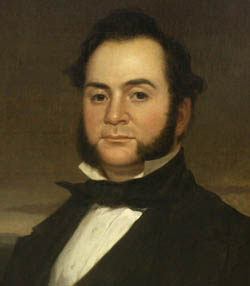 One of the state’s first U.S. Senators, Isaac Walker was a Democrat, and he went on to be a candidate for the White House. Land reform groups in New York and New Jersey pushed for him to be the party’s nominee in the 1852 race.

According to the Wisconsin Historical Society, Walker didn’t make the cut because of opposition from Wisconsin party leaders over a slavery-related decision he made several years earlier. Democrat Franklin Pierce got the nomination instead, and he went on to win the White House.

Walker spent seven years in the Senate, and he moved back to the Milwaukee area when his final term ended in 1855. He was an attorney, and he died at 56.