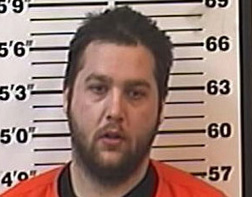 One of four people who beat a man nearly to death in Forest County and left him on a frozen trail in 2014 will spend nearly two decades in prison. Justin Bey of Wabeno was sentenced Tuesday for his part in the crime. The victim was discovered by ATV’ers near Bug Lake. He was tortured in a house in Wabeno.

The 22-year-old Bey faced nine charges, included attempted homicide and kidnapping. Judge Michael Bloom gave 18 years of initial confinement and 12 years of extended supervision after that. Bey has spent 517 days in jail since his arrest in March of 2014.

Co-defendant Raymond Jones will be sentenced in November. Co-defendants April Jones and Samantha McClellan were sentenced on a lesser charges. All four had pleaded not guilty to charges that they beat and tortured the man, leaving him in the woods under the assumption that wolves would maul him.

Prosecutors said the group attacked and tortured the 40-year-old victim, apparently because they thought he had inappropriately touched a child. Investigators said the victim was left to die in a wooded area near Crandon. He was found near death with two broken ribs, a broken jaw, and a frozen foot.